The Jardine Foundation is an educational trust established in 1982 to mark the 150th Anniversary of the Jardine Matheson Group. The Foundation in its discretion awards Jardine Scholarships annually to students to enable them to attend educational establishments, primarily preferred Colleges at the University of Oxford and the University of Cambridge in the United Kingdom.

The Jardine Foundation is now seeking applications from students who are applying to the preferred Colleges at Oxford and Cambridge Universities for the academic year commencing in 2016.

Tenure and Conditions:
For first degree courses, the scholarships are for periods of three or four years or such longer period as the Scholarship Committee may decide and are tenable for courses at the University of Oxford and the University of Cambridge in the United Kingdom.

Preference will be given to undergraduate courses in the following Colleges at:

a) University of Oxford:
Exeter
Oriel
Queen’s
Trinity
b) University of Cambridge:
Downing
Magdalene
Peterhouse
Trinity
The award of a Scholarship is conditional upon the candidate being selected for and taking up a place at one of the above preferred Colleges. Since the Universities make their own choice in admitting students, there is no guarantee of a place. The award of a Scholarship will not be confirmed by the Scholarship Committee until the candidate has been accepted by one of the preferred Colleges.

(a)have reached an academic standard to qualify for entry to any one of such Colleges;(b)be resident in any of the countries or territories in which Jardine Matheson Group has significant business interests, which include Cambodia, mainland China, Hong Kong, Indonesia, Malaysia, Myanmar, the Philippines, Singapore, Taiwan, Thailand and Vietnam. For applications from Singapore, male applicants must complete or be exempted from National Service;  Note: Generally, applications will not be accepted from candidates whose parents have not resided in such relevant country or territory for at least seven years prior to the proposed date of entry to University. (c)be in a satisfactory state of health; and(d)be single.Note:Application for a study programme leading to a second first degree or a study programme currently being pursued will not be considered. Applicants who have already been awarded other fully-covered scholarships to study overseas at the time of application will also not be considered.

Details are available at www.jardine-foundation.org.
Deadline for applications: 22nd October 2015 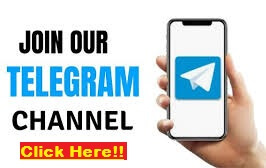